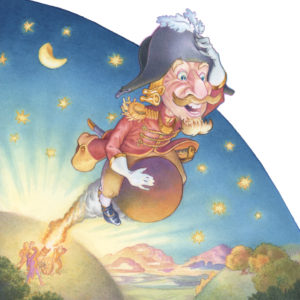 Summary: A brief discussion of diabolical draftsmanship and details discovered during the creation of this devilish illustration.  Ok, truth time. I listen to the Grateful Dead… a lot. I know a lot of you might be stunned, but I feel like I just need to come clean on this one. Anyway… this project starts with the Grateful Dead song, “Friend… END_OF_DOCUMENT_TOKEN_TO_BE_REPLACED

I did this sketch in my sketchbook. I guess I was feeling a little maudlin… Then I found this quote, which made me feel a little better. “Build a good name. Keep your name clean. Don’t make compromises, don’t worry about making a bunch of money or being successful — be concerned with doing good… END_OF_DOCUMENT_TOKEN_TO_BE_REPLACED

Summary: I share some of my process creating a faux Rolling Stone magazine cover of the Ramones. Giclee prints of the image are also made available!… END_OF_DOCUMENT_TOKEN_TO_BE_REPLACED

Summary: Character sketches for a short story that I’m writing and illustrating based on my experiences at Pratt University.  While I was in NYC this past November with my Hartford MFA comrades, we got a unique tour of Pratt University. Betsy and Ted Lewin walked us around the campus and showed us the sights. One… END_OF_DOCUMENT_TOKEN_TO_BE_REPLACED

Even in the midst of wrapping up some client work, I am finding some time to continue to develop a story for my MFA thesis. This particular story actually has its roots in a project that I was developing back into thousand and 12! It’s amazing to me to think about the arc of the… END_OF_DOCUMENT_TOKEN_TO_BE_REPLACED

Victor Grey returns to the drawing board looking a bit more chipper.… END_OF_DOCUMENT_TOKEN_TO_BE_REPLACED

Character sketches for an Arabian Nights story! By the way, how did Boris Karloff make his way on to the page?!

I just love this Vizier’s expression!