On what turned out to be an enchanting rainy weekend here in Santa Cruz, a group of nine wonderful people gathered at the Santa Cruz Art League to attend my first “Micro Comics, Maximum Fun!” workshop.

I was amazed at the diversity of people who came out for the workshop. There were teachers, comics enthusiasts, students, designers, writers, and gardeners! It was a great mix of people. 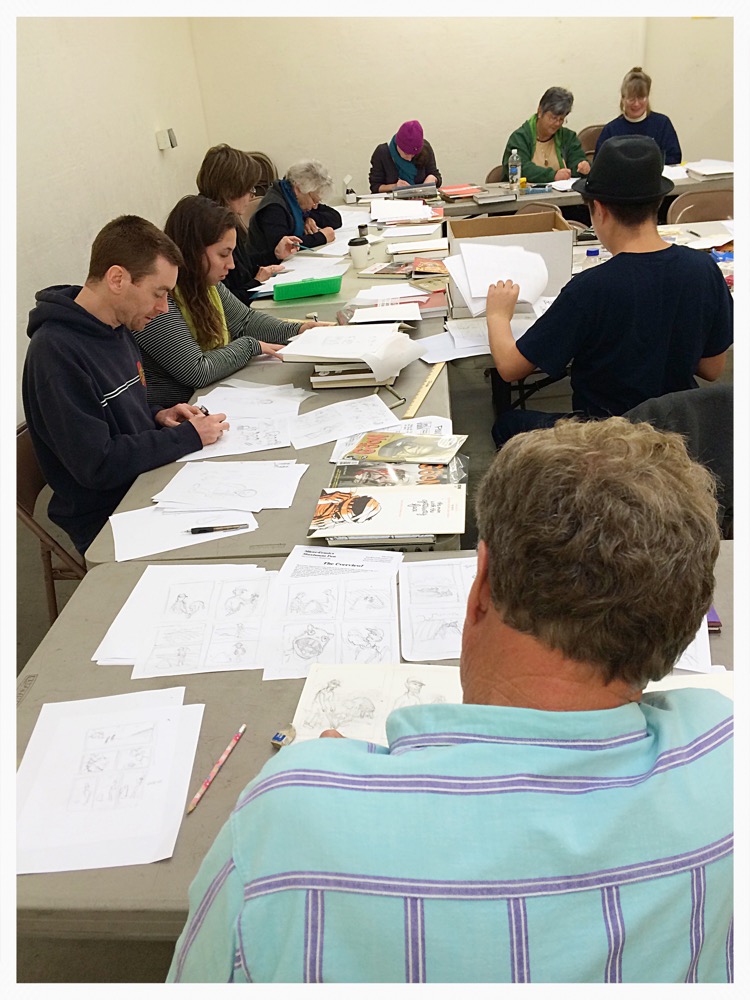 Because we would only be together for about 12 hours during the workshop, it was my intention to present the attendees with some major touchstones as we raced through to create the makings of a three-page comic from scratch. 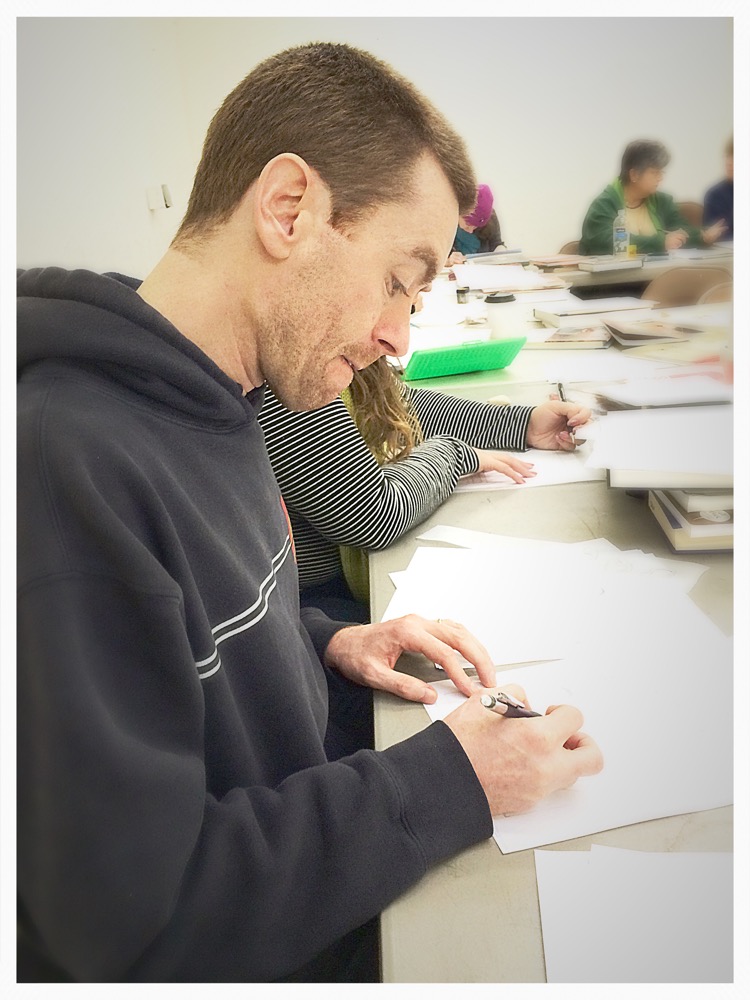 I knew that it would be a tall ask to get through to the inking of a final page, but a few pages were inked, and everyone had a new story and characters to work with.

I shared some of the basics of cartooning and story telling. As I told the attendees, you could easily delve deeply into each of these touch stones.

During the course of the weekend we each shared our newly made up stories. There were Mob Bosses, Paranormal Creatures, Westerns, Pirates, Kick Ass Scientists, and Maori Receptionists! In turn we all told our tales and began drawing them to life.

← It must time for a drink
Homework Sketches →