Summary: After seeing some fan art in a comic book, I decide to do some of my own of the Kevin Cross’ character Monkey Mod.

Just before the holidays I was re-reading my collection of Usagi Yojimbo comics, and was struck by the fan art in the back of the comics. I’ve seen many different variations on this idea, sometimes the backs of comics will have sketchbook drawings or a gallery of fan art. This got me to thinking about doing some of my own fan art for fun.

Kevin Cross is a Portland based illustrator. I’ve loosely followed his work online since hearing him on the now defunct Art and Story podcast. Kevin shares a lot of his process and goals on his youtube channel. He also talks about his goal of moving his career forward in a self directed way. Part of this is getting his comic Monkey Mod and Friends off the ground. This really resonates with me as I’m making big efforts to do the same sort of thing in my own career. It was this connection that lead me to taking some time over the holidays to do a watercolor painting as a gift for him.

One of Kevin’s big goals is to get his Monkey Mod and Friends comics off the ground. While I’m not in a place where I can contribute to his Patreon page, I thought, ” I can contribute a little moral support via art work!” 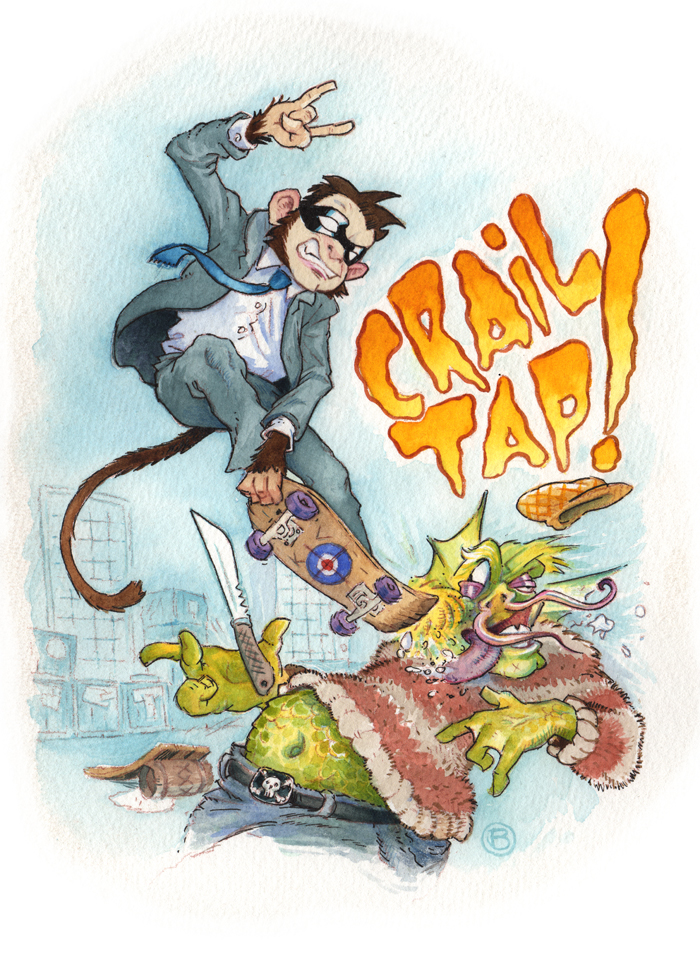 I really enjoyed some of the details in this piece. One aspect is the text. I rarely include text, but this was pretty fun. I may have been channeling a little Peter Bagge. 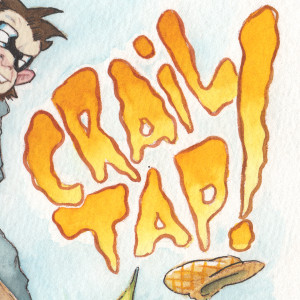 … and rock right the heck on! 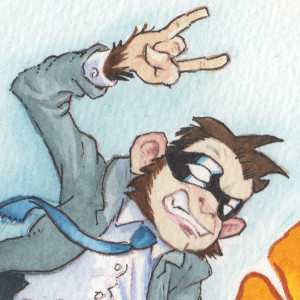 Freaking Freddie the Fish takes it on the chin. 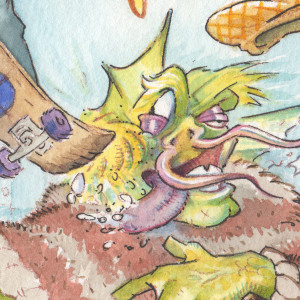 Thanks for taking the time to check out my blog. As ever, I respond well to enthusiasm, feel free to leave a comment and to share with your friends online.

← Sherlock Holmes Character Study and a Video
The Astronomer’s Dream →

There is no custom code to display.